Robots can appear in every home, becoming an effective assistant for people from walking, watching movies, cooking… at a low cost.

In the list of more than 100 talented young Vietnamese who have returned home to attend the Innovation Networking Program, Dr. Vu Duy Thuc, CEO of OhmniLabs Company specializing in manufacturing online-connected robots in Silicon Valley (USA) ), attracted the attention of many people. He is one of the founders of home robots and the only Vietnamese person to be honored in the list of 40 impressive figures with exceptional achievements under the age of 40 in 2017 of Silicon Valley (USA).

As an expert in artificial intelligence (AI) and algorithms, Thuc’s passion is robotics. He wants to turn dry devices and data into tools for human life.

That wish was fulfilled just over a year after the founding of the company OhmniLabs (2015) with the introduction of an experimental Ohmni robot version. The robot is flexible and has a tablet mounted on top. Through the Ohmni robot, video calls are made and automatically connected, which can be recorded and broadcast live. Robots can also automatically follow humans to watch movies, go for walks like a friend.

Thanks to this robot, a user saved his mother when she called home and found her bedridden, unable to move due to a severe infection. The son immediately asked for medical assistance and took his mother to the hospital. 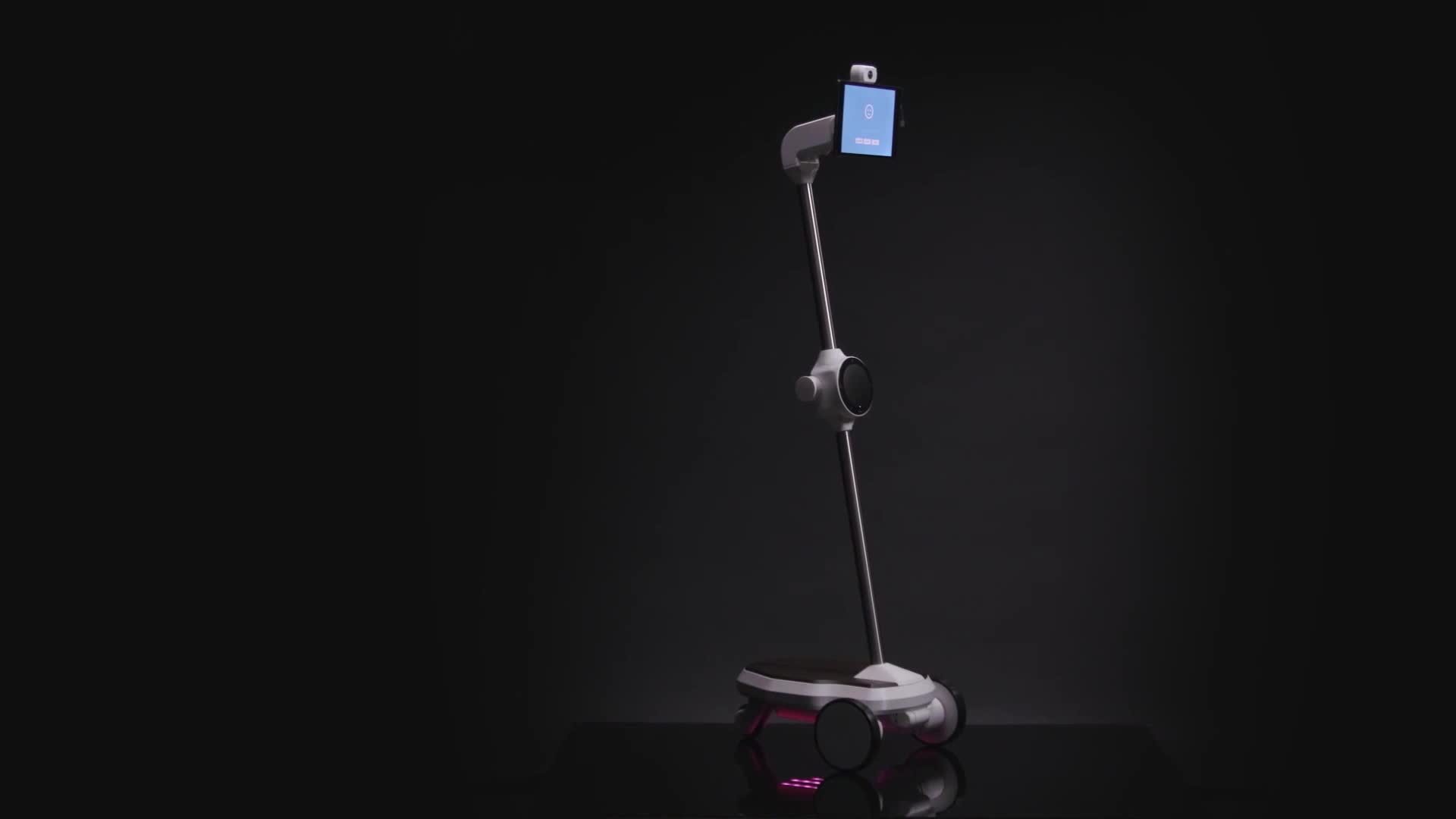 Robots help bridge the gap between people far from home

Robots help bridge the gap between people far from home.

Subsequent generations of home robots are being perfected and developed by Dr. Thuc and the research team. These are robots that take care of the elderly, assist in teaching, or help nurses in hospitals.

Anh Thuc has the ambition to make a breakthrough in robotics by creating an open platform to reduce investment costs and research time. This scientist and his colleagues built an open system Kambria (open platform) based on blockchain technology (Blockchain). From the available platform, any programming engineer can contribute and develop further to have low-cost robots without having to do research from scratch.

As a technologist, Dr. Thuc understands that when inventing a new technology, the author must then set up a business, borrow money and then find a way to sell the product. This is a long process, full of risks and failures. “This is a complex and difficult piece of technology, no one can do it alone,” said Dr. Thuc, adding that when programmers have a breakthrough product, his company is also the place to help them commercialize the product. to bring to market.

“Kambria will help them and share the benefits. They can jointly invest in technology projects with great potential and profit based on the available platform,” said Dr. Thuc, adding that this technology platform is cooperating in developing driverless cars, airplanes. drones and medical robots. There is now a demo version, it is expected that by mid-2019 there will be a complete versionn.

Contributing with concrete and practical actions

As a scientist, Dr. Thuc is also known for his successful business role as a co-founder of two companies, Katango and Tappy. Both companies were quickly acquired by the world’s leading technology group Google and Weeby.co.

The concept, success and happiness for him is to create value for many people. Currently, he is an investor in startups and cooperates with universities in Vietnam to build research, application and development centers for robotics.

He also connects these centers with major technology companies and leading universities in the world, to create the best robot research exchange environment for Vietnam.

NPrestigious AI education and training programs from Silicon Valley (USA) such as Stanford University or Google are also being brought to Vietnam by young PhDs to train talented Vietnamese engineers. . He also has many activities connecting the AI ​​community in Vietnam and Silicon Valley.

The VietSeeds scholarship fund that Thuc co-founded has been maintained for more than 7 years. To date, the fund has awarded more than 200 scholarships to students with a value of $4,000 each.

Dr. Thuc is promoting the construction of training programs, laboratories, to connect students with collaborative researchers in Vietnam and other developed industrial countries in many fields based on the Kambria platform. .

Together with Kambria, Dr. Vu Duy Thuc is making great efforts to contribute to the rapidly growing market of AI and Robotics, which is increasingly widely applied in all areas of life such as industry, commerce, medicine. economy, education…

Anh Thuc has won the “best student” award from the American Association for Informatics Research (Computing Research Association – CRA). He is involved in consulting and investing in more than 10 technology companies in the US and Vietnam. OhmniLabs, co-founded by Dr. Thuc, has surpassed more than 1,000 startups to win the first prize in the G-Startup contest. Worldwide tại Silicon Valley.

Dr. Vu Duy Thuc has been Silicon Valley Business Journal, reputable business magazine in the US honored as one of the 40 characters under the age of 40 (40 under 40) with a photo biggest influence in the Silicon Valley region in 2017.

Super durable roof made from waste in India

Technology turns the road surface into electricity for buses

The attraction of settlement and investment at the Feliz Homes project

Many urban areas in Hanoi expose inadequacies after investment

Bau Duc admits he was wrong when he gave up real...